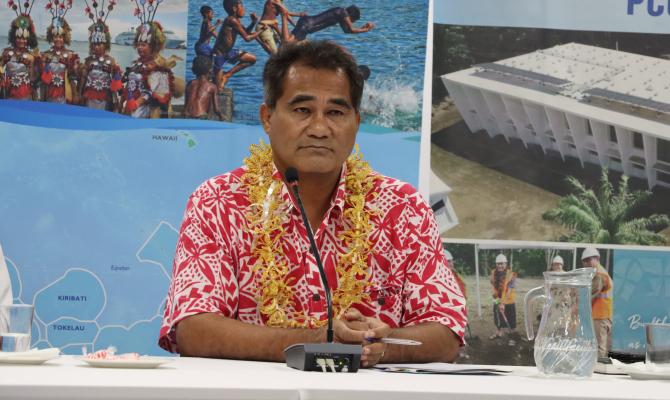 11 March 2022 - The findings of the latest report from the Intergovernmental Panel on Climate Change (IPCC) point to a “bleak future” for the Pacific, where people who have the least to contribute to the causes of climate change, live in fear of “catastrophic and extreme weather events.” Samoa’s Minister of Natural Resources and Environment, Hon. Toeolesulusulu Cedric Schuster, offered the reflection when he addressed a webinar to discuss the main findings of the report on Thursday, reiterating the call on the developed world for urgent climate actions.

Hosted virtually by the Pacific Climate Change Centre (PCCC) in partnership with the Institute for Climate, Energy & Disaster Solutions at the Australian National University (ANU), the webinar aimed to close the knowledge gap in the Pacific region around the work of the IPCC. But it was the findings of the IPCC WGII Report, which among other things point to Pacific nations being the most vulnerable and exposed to climate change impacts, that was most alarming.

“The IPCC report confirms that we are not on track to meet the Paris Climate Agreement. Based on all scenarios, we will see a 1.5degrees increase in global temperatures by 2021 to 2040, and will exceed this increase by 2041 onwards, reaching up to 3degrees in temperature increase by 2060 and, up to 5.7degrees at the end of the century using the highest emissions scenario,” Hon. Toeolesulusulu said during his keynote address. “For the Pacific, this means global heating above 1.5degrees will be catastrophic as sea levels will continue to rise, sea rise coupled with storm surges and waves will exacerbate coastal inundation and the potential for increased saltwater intrusion into aquifers, sea level rise will cause shorelines to retreat further along our sandy coasts, we will face more intense tropical cyclones, marine heat waves and ocean acidification will worsen and it will lead to the loss of entire countries due to sea-level rise within the century.”